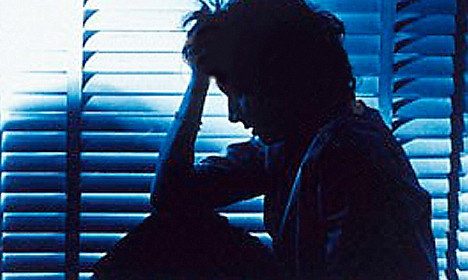 What Is Mental Illness – With all of our marvelous diagnosis and treatment of diseases like brain tumors and strokes and syphilis and other infections and endocrine disorders that used to be causes of ‘insanity’, and with all the hundreds of different medications that all provide the ‘magical cure’ for our ‘crazy people’, – how can it be that our suicide rates, and addiction rates and accidental overdose rates are INCREASING and Mental heath care costs more than any other major medical illness out there such as cancer or heart disease? Is it possible somebody is missing something?

In general medical care one of the major complaints most people present with is physical pain. But if someone says ‘my head hurts’ or ‘my heart hurts’ or I just feel awful all over, no one things about emotional pain. We don’t see most of the severe, bizarre psychiatric problems we used to see because we understand that seizures and tumors and infections and endocrine diseases and so on cause bizarre behaviors and it has been treated. And there are still many medical issues and medication reactions which can cause psychiatric problems even now. But what about those people who present with some emotional manifestation, whether depression, anxiety, psychosis, bipolar disorder, retardation, conduct disorder. Because we attach SHAME to ‘mental illness’ most of the time they don’t get asked where, and why and how are they hurting, and if they are asked, they may be ashamed to talk about it. When I started psychiatry in 1977 I used to wish we could do away with diagnoses and START at least with just an emotional pain scale – and looking at where the hurt comes from. After 35 years of doing that, I still wish we started there – where the problem really has its’ roots.

Who does it affect? Lest you think it is someone else’s problems – look around. In this world, at least HALF of you will have some kind of significant emotional problem at some point in your life. It may come from how family treats you as a child – whether emotional erosion, or physical, mental or sexual abuse – or because you are ‘different’ and thus not accepted by a lot of people – or you don’t fit the ‘normative data’. It could be from peers making fun of you and bullying both cyber and in person. It could be loss of someone you love, or loss of health or accidents and injuries or job loss– but you WILL be affected – and you may be ashamed to admit it. It is really hard for a problem to be treated until you are ready to admit it is there. And if you are ashamed, you will probably deny the presence of emotional pain even when asked. Sometimes the doctor can pick it up from your symptoms, but all too often the focus goes to looking for a medical disease instead of mental dis-ease. In case you think it only happens to ‘low class people’, 400 physicians a year commit suicide, and we are all familiar with the deaths of people like Prince and Robin Williams and Michael Jackson – not really low class people at all. Many people try to bury their pain under some kind of addiction, which may give temporary relief by numbing the pain, but the consequences only increase the shame and the pain.

Why aren’t we doing better treating it? First of all, we still treat it as somehow shameful to have emotional issues, making people reluctant to seek help. Second, although medications can mask the symptoms, for most people they don’t cure it, because no pill is going to help you learn to cope with the pain inflicted emotionally, whether it is something that comes from childhood, school pressures, family pressures, work pressures, Social media harassment or something else. Meds don’t help you put things into perspective any more than getting drunk does. It doesn’t heal your pain any more than a bandaid HEALS an abcess. You have to get to the ROOT CAUSE and treat it there. Just FYI, despite all the hype and hoopla to the contrary about psych meds, most of the presentations contain a disclaimer somewhere in very small faint type, that they don’t really know HOW this medication works!! There is nothing wrong with having emotional pain – it means you care! It means you have feelings and we would be in bad shape without them. Just because our emotions are not as ‘simple and straightforward’ as other sensory organs like eyes and ears and smell and touch, does not mean they are less important – if anything they are much more important. In fact if you look at things through the eyes of quantum physics, they are the most important of our sensory organs! And yet, we don’t really treat the pain, we don’t help people understand where the pain comes from so they can either eliminate the source or disempower the source – we just try to cover it up and also shame the person for having it. AND — we do almost nothing for prevention!

What can we do to prevent it? There are many sources of pain we can’t prevent, but we can change how we handle it, how we respond to it. But for many of us the pain starts early in life and parents can help prevent by working on their own issues so they don’t unwittingly pass their pain on down to their children. Schools and peer groups can help teach that bad things don’t happen to us because of who we are, but because of issues the other people have in most instances, and how to recognize the difference. There is now a teen program called SADD to give peer counseling to avoid destructive decisions. Teachers and pediatricians can spend more time understanding. We can teach people at an early age how to listen to and respect input from others, while still realizing that those negative things might be wrong. We can teach self acceptance and self love, we can begin to appreciate each other FOR our differences, rather than IN SPITE OF our difference, and for those who are ‘outside the normative ranges’, help them develop the strengths they do have instead of faulting them for the ones they don’t have. It would be a sad world if we were all alike. And we need to give ourselves and others permission to be in touch with our feelings and be able to talk about them so that it doesn’t begin to build up into some kind of unfortunate behavior as the pain piles up into overload range.